The biggest challenge in reconstructing a security event is collecting and collating evidence from multiple sources - log files, authentication records, NetFlow metadata and other sources.

Recording packet-level Network History, using continuous packet capture, gives analysts access to a definitive source of evidence about what has taken place on the network.

With access to this Network History, analysts can quickly triage alerts to determine whether an event is a serious threat requiring urgent attention, or perhaps a false positive that can be attended to later. 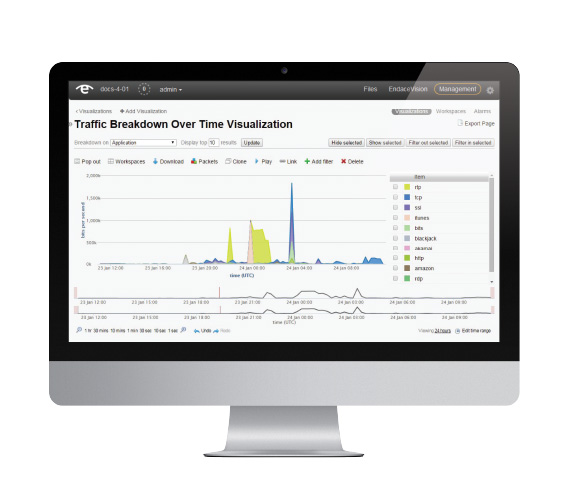 Evidence Integrated into your Security Tools

With accurate Network History integrated into their performance monitoring tools NetOps and DevOps have concrete evidence at their fingertips. This accelerates the investigation and resolution of outages and performance problems and allows teams to quickly isolate the root cause of issues.