There are a number of flaws in the typical investigation process: 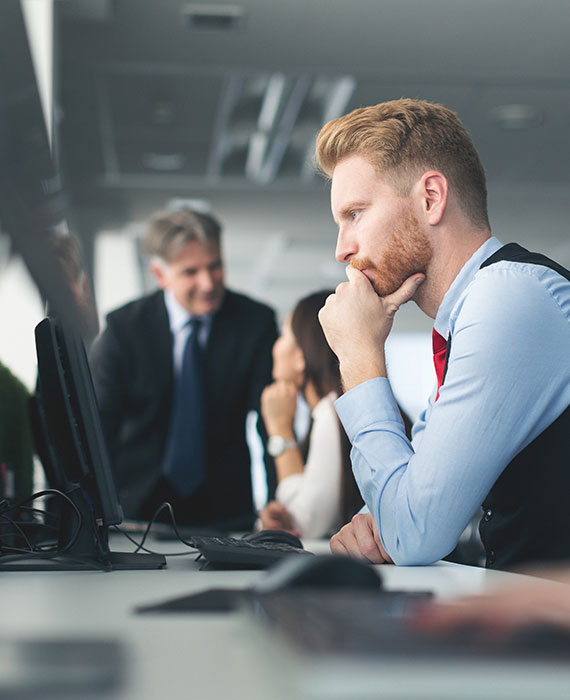 With an accurate, packet-level history of what has happened on the network, investigations are both fast and conclusive.

Access to Network History lets analysts quickly and precisely determine the severity of security threats or the root cause of performance issues. And it removes the ambiguity that can otherwise result from relying on Syslogs, NetFlow data and log files to investigate security or performance issues.

Throwing Off the Shackles of Real-Time-Only Monitoring

Find out why full packet capture is such a critical resource for managing the security and performance of networks and the applications that run on them.

Redefining the Economics of Analytics

The way the economics of analytics solutions is structured today limits organizations from deploying new analytics quickly enough to meet their changing needs.

Virtualizing analytics on a common platform changes the game, allowing organizations to deploy what they want, when they want, without the need for lengthy evaluation, requisition, purchase and deployment cycles.

In large organizations, the complex processes from budget allocation to purchase and final deployment means that deploying new security or performance analytics solutions can take months - up to two years in many cases.

With a common platform, new analytics solutions can be deployed quickly and easily, making it easy for organizations to change their analytics tools when they need to without having to rip-and-replace all their hardware.

The Anatomy of an Analytics Platform

In order to provide 100% accurate, packet-level network history to all the tools and teams that need access to it, an Analytics Platform obviously needs to be able to capture and index packets.

But that's just the start. To be useful, an analytics platform needs to able to scale cost-effectively to provide network-wide recording on large networks. And it needs to allow you to push your analytics tools to the data, rather than trying to centralize massive quantities of traffic for analysis.

The Benefits of an Open Platform

An open Analytics Platform lets you choose which analytics and monitoring applications you want to use and deploy them where and when you wish. No more truck rolls.

Find out how deploying an open Analytics Platform can enable you to target budgets more efficiently to reduce wastage. And how, by separating analytics functionality from its dependence on specific hardware, an Analytics Platform allows the competing needs of IT Operations and the SecOps, DevOps and NetOps teams to be met.

With the ability to replay historical events to hosted analytics tools, and Network History integrated into all your analytics and monitoring tools your SecOps, NetOps, DevOps and IT teams have, at their fingertips, the definitive evidence they need to investigate and respond quickly and accurately to security and performance issues. Yes please, book me in